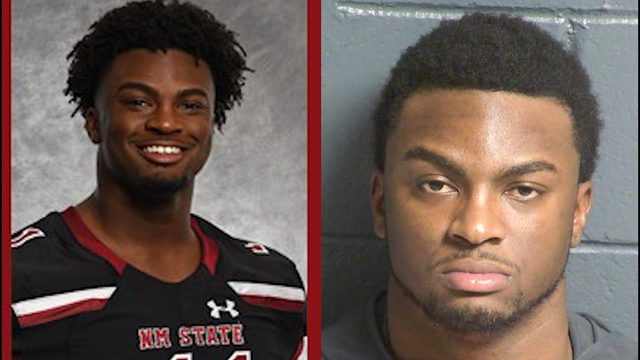 Malik Demby, who was a defensive back in the 2018 season, was arrested on Saturday night in east Las Cruces.

A spokesman for NMSU’s athletic department confirmed Demby exhausted his eligibility to play after his fourth year with the team. That means he was no longer an NMSU football player during the time of his arrest.

In October 2017, Demby addressed the media before NMSU beat Texas State. It was a historic season when NMSU won the Arizona Bowl, breaking the longest bowl game drought in the country at the time.

Demby was charged with aggravated assault against a household member with a deadly weapon and false imprisonment. The circumstances surrounding his arrest are not yet known.