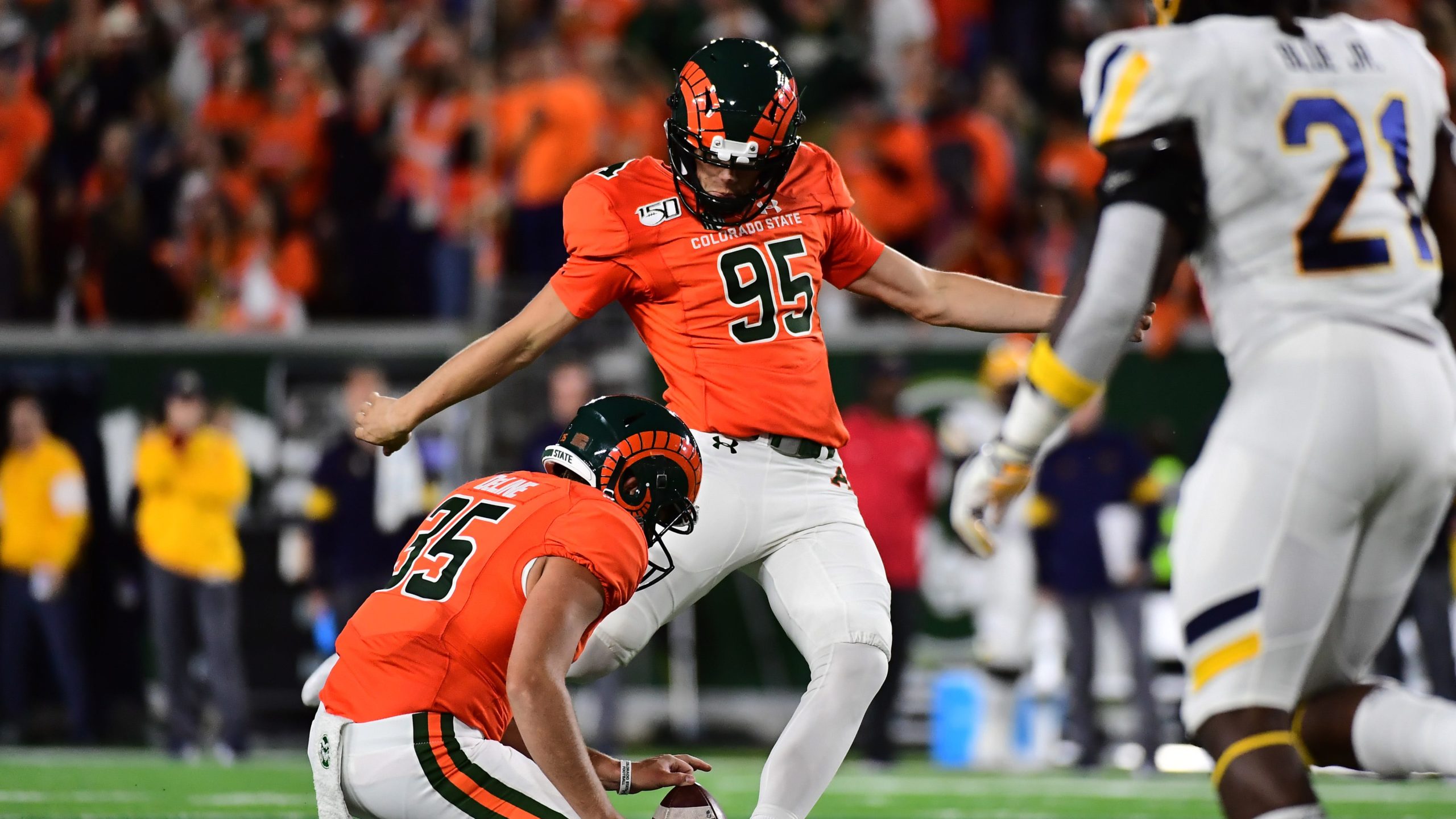 Cayden Camper, a walk-on kicker on Colorado State’s football team, was arrested for suspicion of drunken driving or driving while impaired by alcohol or drugs early Sunday morning by Fort Collins police.

Camper, 19, was booked into the Larimer County Jail and released on bail Sunday afternoon, according to jail records.

Records show the arrest, for a misdemeanor charge of driving a vehicle while under the influence of alcohol or drugs, took place at 4524 S. College Ave.

Camper was arrested as the result of “a traffic stop in the area of Harmony (Road) and College (Avenue) at 1:11 a.m.,” Fort Collins police spokesman Dustin Wier said. “Mr. Camper, as a result of that stop, was arrested and transported to the Larimer County Jail for booking.”

The police report on the incident was not yet available, Wier said. The county courts are closed Sundays, so no arrest affidavit was available.

“We are aware of the situation and are currently gathering more information,” CSU athletics department spokesman Kyle Neaves said.