Hendershot, who is 20 and from Indianapolis, was booked into Monroe County Jail at 11:25 p.m. on preliminary charges of felony residential entry, as well as three misdemeanors: domestic battery, criminal mischief and criminal conversion.

His bond was set at $2,500. Because of the domestic battery charge, Hendershot will remain jailed 24 hours before being able to bond out.

A Bloomington Police Department news release says Hendershot went to a former girlfriend’s apartment in the 2300 block of South Brandon Court and entered the apartment without permission, accusing the woman of infidelity. He reportedly took her cell phone from her to look at calls and texts and when she tried to retrieve the phone, Hendershot — who is 6-foot-4 — “grabbed her by the neck and shoved her against the wall.”

She said Hendershot threw her phone into the kitchen as he left the apartment, breaking the screen. She called 911, and police then went to Hendershot’s residence and arrested him there.

The woman told police Hendershot had done her laundry earlier in the day and that he was angry when she did not answer the door when he returned it Saturday night. She called to apologize and said she was asleep and did not hear him knocking. She said he then returned and entered her apartment.

“Indiana University Athletics is aware of the arrest of redshirt sophomore Peyton Hendershot,” a department spokesperson said. “IU Athletics will continue to gather facts, cooperate with and monitor the legal and administrative processes, and take further action as the evolving situation warrants.”

Hendershot is coming off of an All-Big Ten season where he set the program’s receiving records for a tight end. He caught 52 passes for 622 yards and four touchdowns. 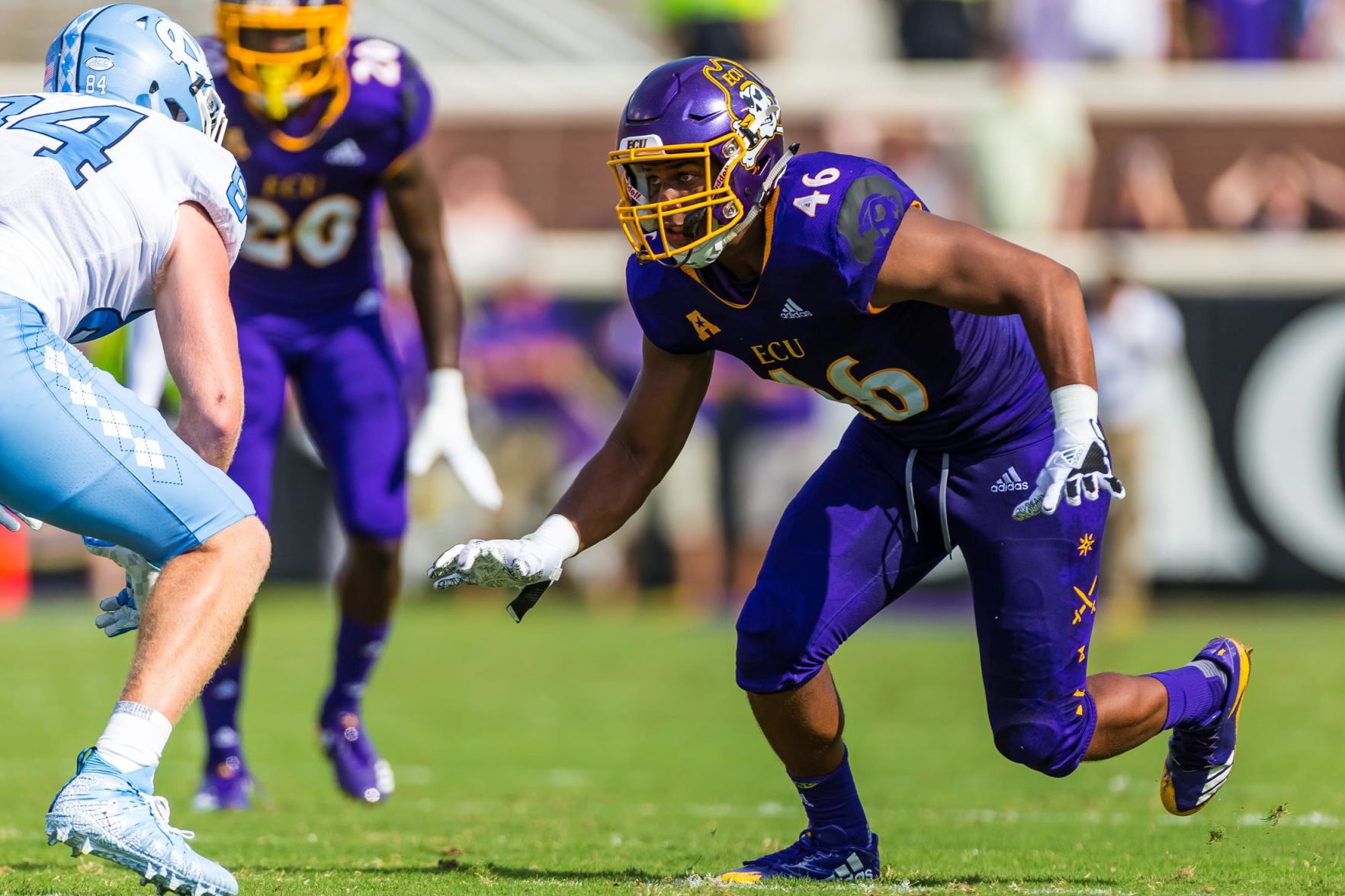 Chance Purvis, East Carolina University senior defensive lineman, was arrested and booked on multiple felony charges on Tuesday. Pitt County records show Purvis was booked with second degree kidnapping and breaking or entering with intent to terrorize or injure. His bail was set at $10,000.

“We are aware of the situation concerning Chance Purvis and consider these charges as very serious and completely unacceptable,” ECU head coach Mike Houston said via Stephen Igoe of 247sports.com. “Chance has been suspended from all football-related activities until further notice.”

Purvis joins senior offensive lineman Cortez Herrin as the second ECU upperclassman to be booked on felony charges this off-season.

Purvis, who was in-line to be a key contributor for the Pirates in 2020, played in all 12 games last season and racked up 27 solo tackles and 51 tackles total. Additionally, he recorded four sacks and 12 tackles for loss.

“We will continue to monitor the situation, but since this is a legal matter, any additional comment on our part would be inappropriate at this time,” Houston said via Igoe. 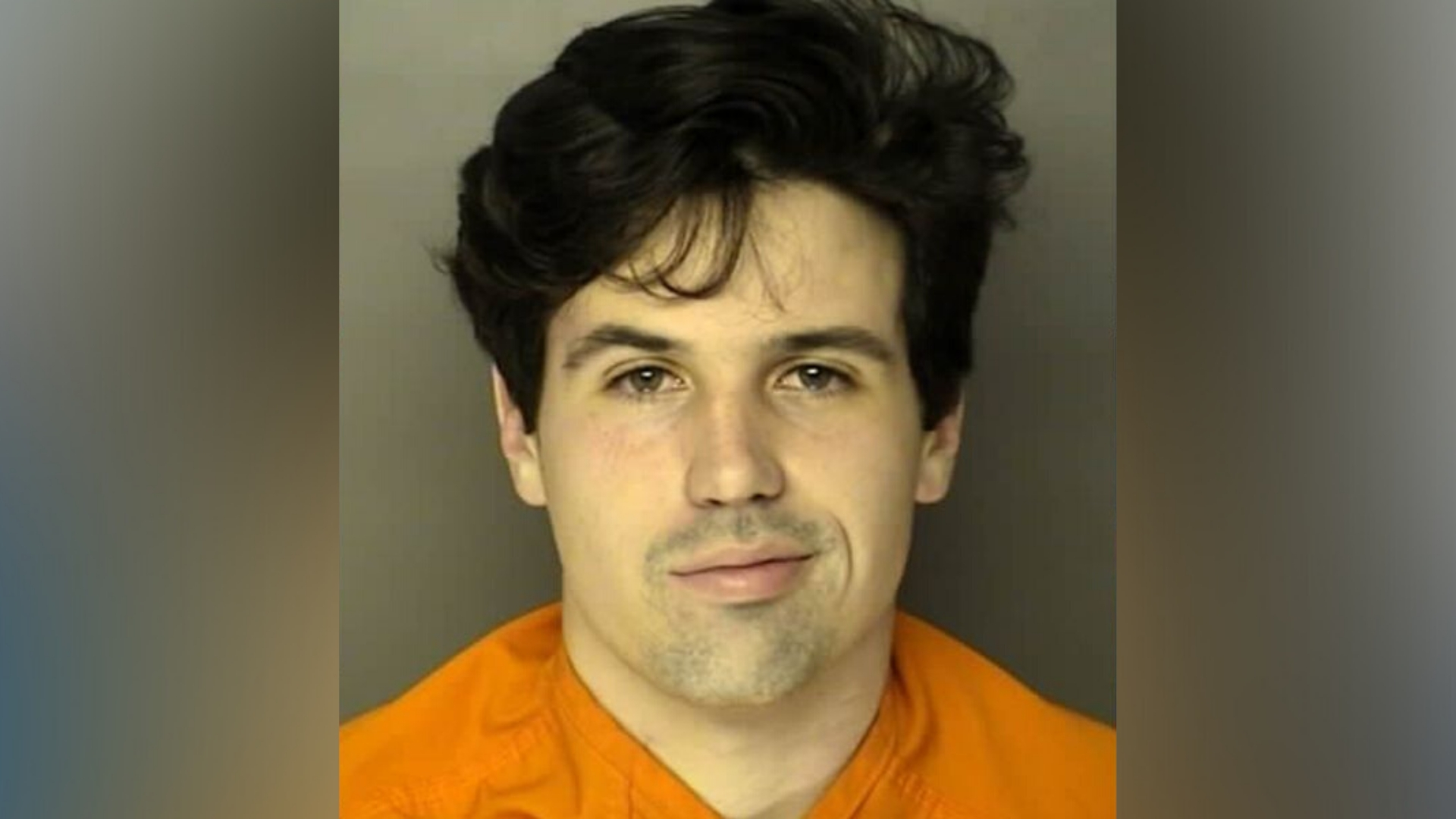 An investigation is underway after a Riley Patton, a former Tennessee Tech football player, was arrested on charges of driving under the influence in a deadly hit-and-run in South Carolina Saturday.

23-year-old Riley Patton is charged with felony DUI resulting in death and leaving the scene of an accident involving death after officials say he struck a truck and pedestrian around 1:00 a.m off Hwy 544 and Cabots Creek Drive near Myrtle Beach.

According to Max Preps, Patton played long snapper, center, and defensive tackle at Halls High School. He graduated in 2015.

SCHP says Patton was driving his 2002 GMC truck eastbound on 544 when he ran into the center median, hitting a 2001 Ford truck in that lane and a pedestrian near the Ford truck.

The Horry County Coroner’s Office says 55-year-old Timothy “Timmy” Shulkcum of Myrtle Beach was hit by the GMC truck and pronounced dead at the scene.

Corporal Sonny Collins with the South Carolina Highway Patrol says Patton continued driving after the incident before being apprehended at a nearby grocery store.

A spokesperson with Coastal Carolina University confirms Patton is currently enrolled as a student. Patton was listed as a long snapper on the 2019 Coastal Carolina Football roster, but the walk-on graduate transfer played no snaps as a Chanticleer. CCU says Patton no longer has eligibility. 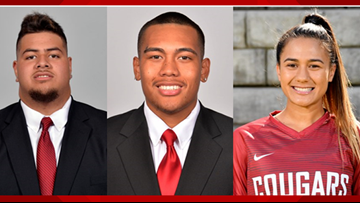 A spokesperson for the Pullman Police Department said officers received a report on Saturday morning that people were jumping on cars at the Cougar Ridge Apartments on College Hill. A witness said they followed the suspects, who drove away from the scene.

The athletes allegedly dented the hoods and busted windows of a Mercedes sports utility vehicle and sedan.

Haangana is a redshirt junior offensive lineman who played in all games for the Cougars last season.

Gomera-Stevens is a sophomore forward on the women’s soccer team. She made her first collegiate start against No. 19 Minnesota, playing 79 minutes.

Pullman police said the investigation is ongoing. The Whitman County Prosecutor’s Office will decide whether to file charges against the student-athletes.

Jaylen Veasley, 22, was taken into custody Monday afternoon by Monroe Police on a misdemeanor charge simple battery and felony charge of unauthorized entry of an inhabited dwelling.

Per the arrest report, Veasley entered the residence of his ex girlfriend, Montana Miller, after she advised him not to multiple times and encountered cornerback Floyd Connell. Veasley allegedly Connell and swung his fist at him, which prompted Connell to respond in self-defense.

Miller and Veasley have a child together.