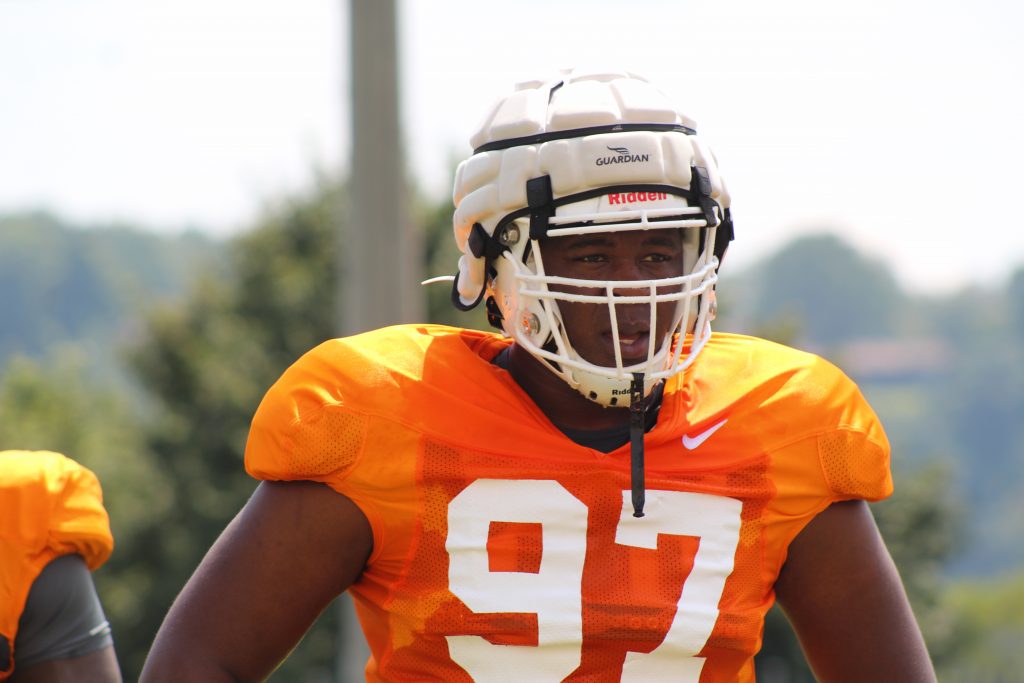 According to multiple reports, Tennessee rising senior defensive lineman Darel Middleton was arrested early Saturday morning on two charges. Trey Wallace of The Read Optional was the first to report the news, and David Ubben of The Athletic confirmed it, adding that Middleton was arrested on charges of domestic assault and public intoxication. UT is aware of the arrest and issued a statement, saying, “We are aware of the incident and are gathering information.”

Middleton is getting a pre-trial release later this afternoon, per Wallace.

Per Brent Hubbs of VolQuest, the incident report claims that police responded to a simple assault behind Walgreen’s on Cumberland Avenue. A witness informed the officers that Middleton was in the lobby of the nearby Standard Apartments. There, the officers found Middleton unsteady on his feet with slurred speech, and they could smell alcohol.

A witness and the alleged victim informed officers that Middleton was angry at the victim, who was his girlfriend, over one of her male friends.

Both the witness and victim said that Middleton got into a fight with one of his own friends. Middleton’s girlfriend allegedly tried to stop the fight, and Middleton pushed her to the ground. She told officers that Middleton helped her up, apologized, and hugged her.

The witness then said she attempted to make Middleton let go of his girlfriend, then he pushed his girlfriend down a second time.

Per the report, Middleton was taken into custody without incident. The male victim that Middleton allegedly got into a fight with was not located by the authorities.

The 6-foot-7, 311-pound lineman joined the Vols as a junior college signee in the 2019 class and was one of Tennessee’s top contributors along the defensive line last season. Middleton played in all 13 games for the Vols and started six contests, totaling 28 tackles, two tackles for loss, a sack, a forced fumble, and a blocked kick.