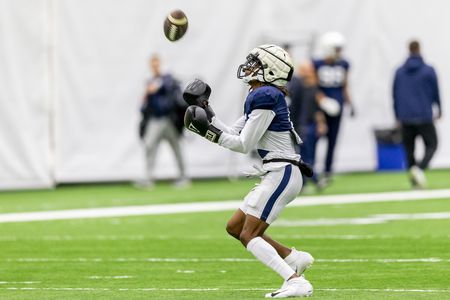 Marquis Wilson, one of Penn State‘s football players, has been charged with misdemeanor drug possession related to a February traffic stop on campus, according to a criminal complaint.

Authorities say Marquis Wilson, a sophomore cornerback, faces charges for possessing a small amount of marijuana and for use of drug paraphernalia, according to court documents.

On Feb. 29th, around 10 p.m., University police conducted a traffic stop of Wilson’s vehicle, after officers detected an odor of marijuana coming from the vehicle, the complaint states.

Police add that Wilson was observed with red, glassy eyes and the odor of marijuana on his breath.

According to court documents, Wilson’s preliminary hearing is scheduled for August 26th.