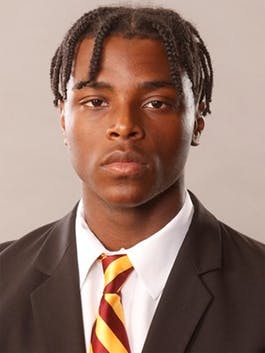 Kyron McKinnie-Harper is suspended indefinitely for a “violation of team rules.” Head Coach Jim McElwain would not elaborate on the suspension. It’s unclear if McKinnie-Harper, 19, has been suspended from Central Michigan University.

On Feb. 13 an arrest warrant was issued for McKinnie-Harper. He faces several criminal charges including one count of using a computer to commit a crime, one count of unauthorized computer access, one count of computer fraud and three counts of larceny by conversion, according to Isabella County Court records.

Central Michigan University Police Det. Scott Bailey said he could not comment on the case. He said the investigation into McKinnie-Harper is ongoing.

It is unclear if McKinnie-Harper remains enrolled at CMU.