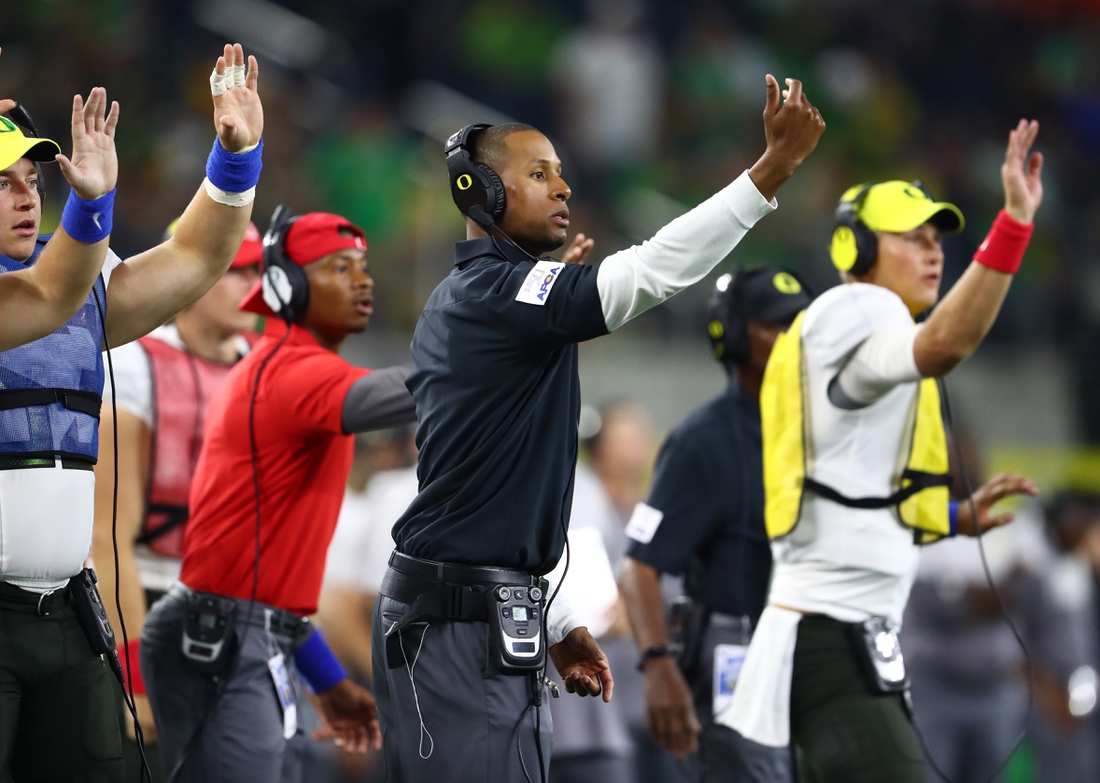 Jovon Bouknight, Kentucky wide receivers coach, was arrested Saturday morning in northern Kentucky and charged with driving under the influence.

According to multiple reports, Bouknight was arrested at 3:56 a.m. by the Erlanger Police Department.

The Courier-Journal of Louisville reported that Bouknight was also charged with possession of an open alcoholic beverage and for driving 26 mph or more over the speed limit, citing Kenton County public records.

Bouknight has a court appearance scheduled for Friday.

The 37-year-old Bouknight is entering his second season at Kentucky after previous coaching stops at Utah State, Texas Tech and Oregon.

Bouknight was a college star at Wyoming and caught 250 passes for 3,626 yards and 29 touchdowns in 47 games from 2002-05. The catches rank second in school history and the yardage and touchdown catches are third.

He topped 1,000 receiving yards twice and had his best campaign as a senior when he had 77 receptions for 1,116 yards and 12 scores.