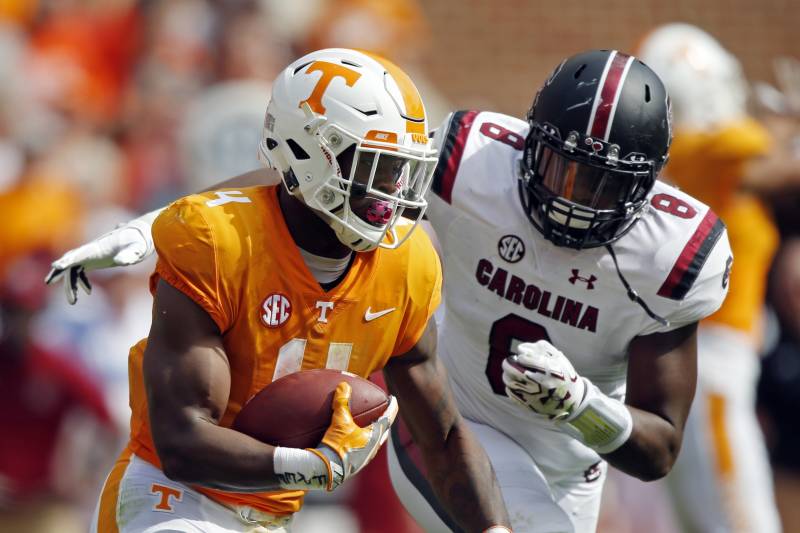 Tennessee coach Butch Jones announced running back John Kelly and linebacker Will Ignont have been suspended for Saturday’s game against Kentucky after a traffic stop that resulted in their being charged with marijuana possession.