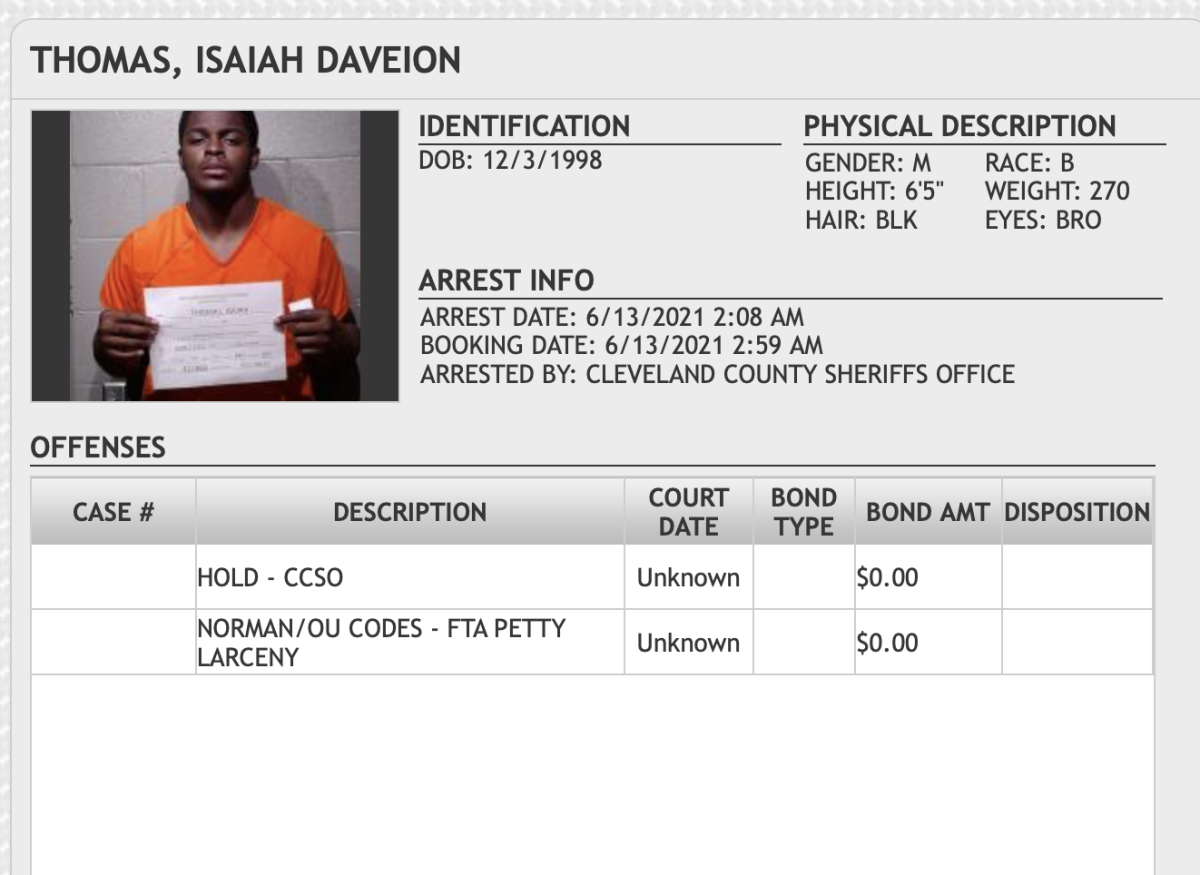 Oklahoma football player Isaiah Thomas was arrested early Sunday morning for failing to appear on a previous petty larceny charge and was booked overnight into the Cleveland County Detention Center.

The Cleveland County Sheriff’s Office didn’t include any details about the petty larceny, but reported that Thomas was arrested at 2:08 a.m. and was booked at 2:59 a.m.

Thomas is a senior defensive lineman at OU who emerged as one of the team’s best players during the 2020 season.

Thomas led the Sooners with 13 tackles for loss and 8.5 quarterback sacks in his first season as a starter.

The 6-foot-5, 270-pound senior from Tulsa finished the year with 32 total tackles and had eight quarterback hurries as he swung back and forth between defensive end and defensive tackle.