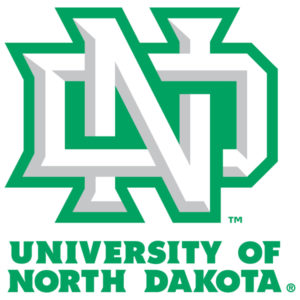 Sophomore tight end Derek Paulson was arrested for urinating in public, minor in consumption of alcohol and refusing to halt.

Junior linebacker Andre Steiger was arrested for public urination and minor in consumption of alcohol.

According to Sgt. Rory Suby of the Grand Forks Police Department, at about 12:30 a.m., plainclothes police officers saw Steiger urinating in public near the 0 block of South Third Street, which is between DeMers and Kittson avenues.

Minutes later, Suby said an officer on patrol in a squad car saw Paulson urinating on the north side of a building on South Third Street.

The officer got out of the car, Paulson ran and attempted to jump a nearby fence before police were able to place him in handcuffs, Suby said.

Steiger, from Glen Ellyn, Ill., played in 10 games, primarily on special teams, for the Fighting Hawks in 2017.

Paulson, of Lodi, Wis., appeared in seven games in 2017 as a reserve tight end and special teams contributor.

“We were made aware of incidents involving Derek Paulson and Andre Steiger last night,” UND coach Bubba Schweigert said in a statement. “We will continue to monitor the situation with these student-athletes.”