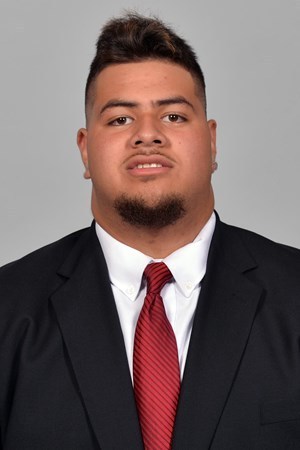 An arrest warrant has been issued for the apprehension of Christian Haangana, a Washington State University football player, who’s failed to appear at multiple court hearings for a vandalism charge.

The Whitman County District Court warrant was activated Wednesday for 21-year-old Christian Haangana.  The misdemeanor warrant includes the standard thousand dollars bond.  The warrant is only valid in the State of Washington.

Haangana has failed to appear at both of his court appearances in Pullman after being charged with misdemeanor vandalism.  He missed his first appearance on July 23rd and his subsequent show cause hearing on Tuesday.

Haangana is accused of vandalizing vehicles parked at a College Hill apartment complex in Pullman during the early morning hours of April 27th.  He was initially arrested for felony vandalism by Pullman Police.

Haangana is listed as a redshirt junior offensive lineman on the Cougar’s current 2019 football roster.  He appeared in every game for the Cougars last season.