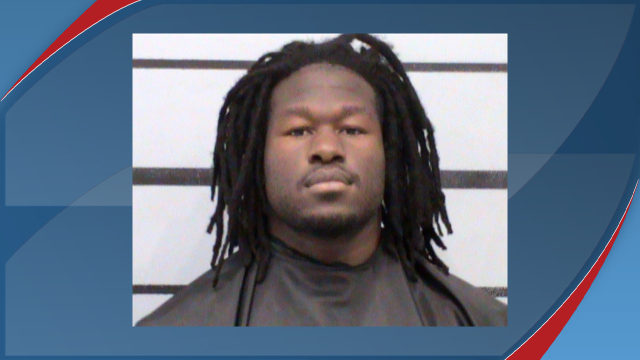 Myller Royals, a Texas Tech football wide receiver was arrested Friday on two misdemeanor charges after a traffic stop on campus by a Tech Police Department officer. Royals was booked into the Lubbock County Jail on charges of possession of a prohibited weapon (knuckles), a Class A misdemeanor, and driving with an invalid license, a Class B misdemeanor. He bonded out of the jail on Saturday.Royals, a 6-foot-5, 180-pound freshman, has yet to play in a game this season and Tech coach Kliff Kingsbury

Six other people were taken into custody in the incident, which occurred shortly before 2 a.m. Sunday at Bash Riprock’s.

Tech receiver Desmon Smith, 20, was bitten by a K-9 during the disturbance, Lubbock police said, and he was taken to a local hospital where he was treated, released and arrested.

Lubbock police responded to a report of a disturbance where a suspect could be armed, Lubbock police spokeswoman Kasie Whitley said in an email later Sunday.