Malcolm Lee, Kansas defensive lineman, was arrested early Saturday morning by Lawrence police on suspicion of driving under the influence of alcohol or drugs, according to logs from the Douglas County Sheriff’s Department.

Lee, a sophomore transfer from Iowa Western Community College, was released on bond, the log stated.

“We are aware of the situation and are currently in the process of gathering information,” KU director of football communications Katy Lonergan said Monday afternoon. “We will handle the situation according to our internal policies.”

Lee, a member of the 2019 recruiting class, was ranked a three-star recruit by both Rivals and 247Sports. He played in 12 games for Iowa Western last season, recording 43 total tackles, five sacks and 10 tackles-for-loss.

Lee is expected to compete for snaps right away with KU losing most of its defensive line production from last season. An Omaha, Nebraska native, he chose KU over offers from Iowa, Louisville, Central Florida, FAU and Houston. 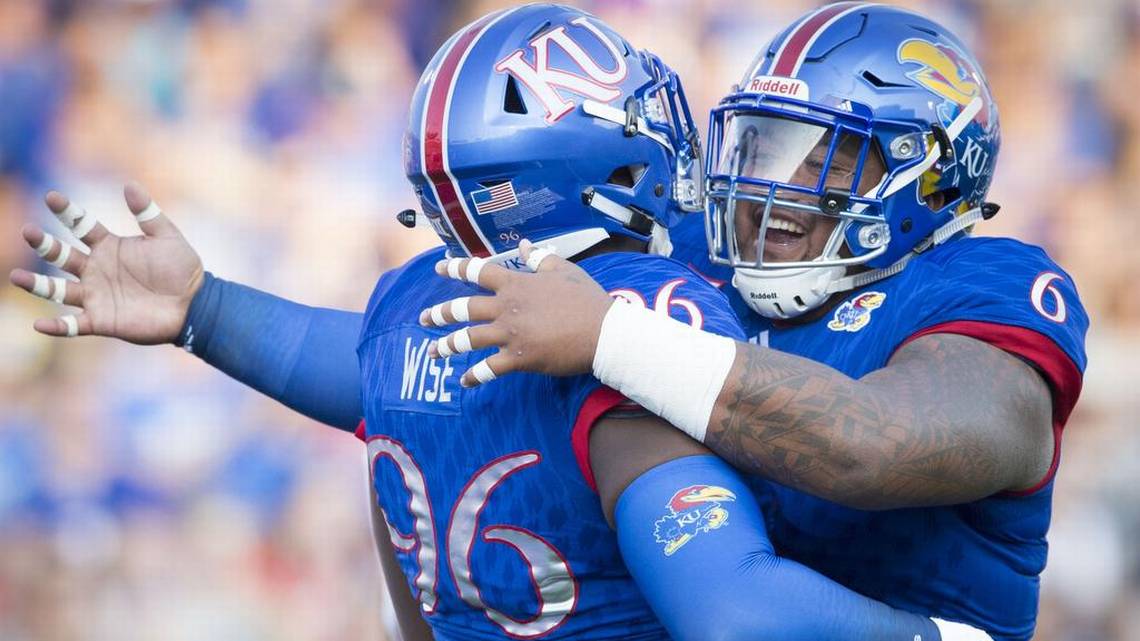 Kansas Jayhawks football defensive lineman Isi Holani was arrested early Sunday morning by Lawrence police on suspicion of driving under the influence, according to logs from the Douglas County Sheriff’s Department.

Kansas Jayhawks football receiver Chase Harrell was arrested early Sunday morning by Lawrence police on suspicion of driving under the influence, according to logs from the Douglas County Sheriff’s Department.

Harrell, who was fifth with 221 receiving yards and second with three receiving touchdowns for the Jayhawks last season, was released on bond, the log stated. He is scheduled to appear in Lawrence Municipal Court on March 28, according to the court, and had a previous municipal court warrant for failure to appear on a no insurance/no valid driver’s license charge issued Oct. 29.

When contacted by The Star, the KU football program said it was “aware of the situation. We are currently still collecting all the details. When that process is completed, we will have further comment.”

Source: KU receiver arrested on suspicion of DUI in Lawrence

A University of Kansas football player allegedly threatened to shoot his girlfriend while holding a loaded gun, according to a newly released court document, leading to his arrest and dismissal from the team.

Kansas Jayhawks linebacker Maciah A. Long was dismissed from the football team after he allegedly threatened a woman with a handgun and was arrested Sunday. Long, 19, was charged Monday with aggravated assault with use of a deadly weapon, a felony, and two misdemeanors, criminal damage to property and marijuana possession. According to Douglas County District Court documents, Long is also alleged to have damaged or destroyed the woman’s television.