Georgia defensive lineman Devonte Wyatt was arrested late Tuesday night on three charges. Wyatt and a female were in a verbal altercation last Friday night that led to Wyatt kicking the female’s exterior apartment door at McWhorter Hall multiple times from the hallway to force it open according to a UGA police incident report obtained by the Athens Banner-Herald.

The senior from Decatur is charged with family violence, criminal trespass and damage to property, according to the Clarke County Sherriff’s website. All three are misdemeanors.

The arresting agency is listed as the Clarke County Sherriff’s Office.

After an argument began in Wyatt’s Vandiver Hall dorm room, the female left and walked to her dorm room in McWhorter Hall.

Wyatt followed behind and kicked the door multiple times to force it open.

An unknown individual notified police of a fight between a male and female in McWhorter Hall.

When reporting to the scene, two UGA police officers arrived to find Wyatt and a female walking out of McWhorter Hall when they stopped the female who matched the description given by the unknown caller. They walked her into Vandiver Hall for questioning.

When questioning the female, Wyatt walked back through the lobby of Vandiver Hall and they stopped and detained him for questioning.

The police gathered information from the dorm room and said that it “showed a pattern of cohabitation for (the female) and Wyatt, which resulted in this incident being a Family Violence incident.” The value of the door was less than $500 according to housing staff.

Wyatt and the female indicated that they did not fear for their safety and were released Friday pending the completion of a follow-up investigation.

Police filed a warrant for Wyatt’s arrest on Tuesday night.

“I’m disappointed in the misconduct that is outlined in the incident report,” Georgia coach Kirby Smart said. “This is not indicative of the behavior we expect from our student-athletes who represent the University of Georgia and our football proram. We will address it internally in the appropriate way.”

The 6-foot-3, 301-pound Wyatt played in 13 games last season with 30 tackles, a sack and was second on the team with 27 quarterback hurries. He came to Georgia before the 2018 season from Hutchinson Community College in Kansas. 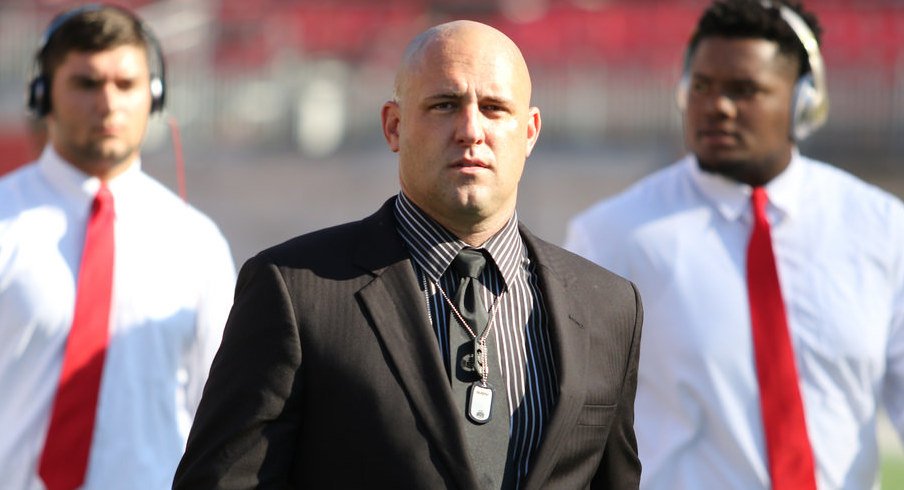 Ohio State wide receivers coach Zach Smith appeared in court Wednesday afternoon after being charged with criminal trespassing, stemming from an incident in mid-May, according to a Delaware Municipal Court record.

According to an arrest record obtained by Eleven Warriors, police were dispatched to the home of Courtney Carano Smith, Zach Smith’s ex-wife, around 8 p.m. on May 12. The report indicates that there was no forced entry and no suspected use of alcohol or drugs. Smith was charged with criminal trespassing, and has since pleaded not guilty.

According to the criminal complaint also obtained by Eleven Warriors, “Mr. Smith took his son to his ex-wife’s residence (redacted) to drop him off after being instructed by Ms. Smith not to come to her residence and disregarding a previous criminal trespass warning that had been given to him by Detective Pentz on Dec. 19, 2017 at 2 p.m. The incident was witnessed by Ms. Smith and their son along with photographs of Mr. Smith’s vehicle being present in her driveway. Mr. Smith also admitted to Sgt. Roach that he was present on Ms. Smith’s property and acknowledged receipt of the trespass warning given to him by Detective Pentz.”

Per the criminal complaint, criminal trespassing is a fourth-degree misdemeanor punishable by up to 30 days in jail and/or a $250 fine.

Ohio State has not commented on the situation.