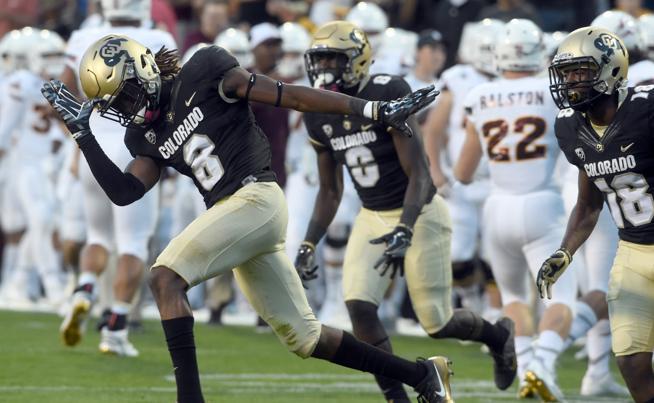 Anthony Julmisse, a suspended Colorado Buffaloes sophomore cornerback who last month was accused of trying to push a woman down a stairwell, was arrested over the weekend on robbery allegations.

A Colorado Buffaloes sophomore cornerback accused of trying to push a woman down a stairwell has been arrested on allegations of assault, harassment and domestic violence on the eve of fall camp.