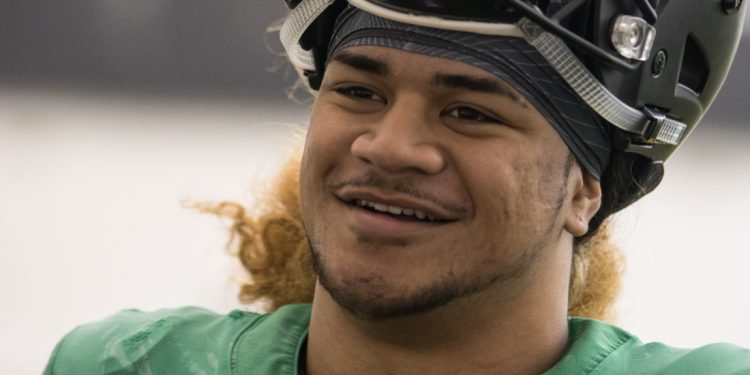 Senior outside linebacker Fotu Leiato was arrested by University of Oregon police on Wednesday night for misdemeanor trespassing and theft charges, first reported by the Register-Guard.

Leiato, 21, was booked at 7:29 p.m. on Wednesday night at Lane County Jail. According to Tyson Alger of the Oregonian, a UOPD statement says Leiato “was booked into Lane County Jail on charges of second-degree theft, second-degree criminal mischief and an unrelated warrant out of Eugene Municipal Court for failure to appear on a charge of second-degree criminal trespass. The theft and mischief charges are for the alleged damaging and removal of a parking boot from a vehicle driven by Leiato.”

Last season, Leiato played in all 13 games for the Ducks and is set to return to the team for his senior season this fall. He played in Oregon’s spring game last weekend.